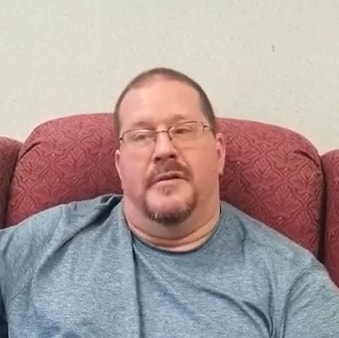 My name's Bob Hathaway, and I have been without my limb since birth. It was a birth defect of unknown origin. The doctors thought it might be related to Thalidomide. I lived in Rochester, New York, and they thought it might be related to the Love Canal Incident, but they could find no conclusive proof of that, so right now we're going with "Nobody knows why. It just is."

I had the unique opportunity of being without it since birth, so I had the opportunity to learn to be highly adaptable from day one. I always had to learn a different way of doing everything, from the beginning. Since I didn't learn a way first,I could be very creative in how I went about getting through life, on a daily basis.
It was definitely different from other people I have talked to about losing a limb, and going through the trauma of losing a limb, going through the trauma of retraining themselves to do everything that they do. I didn't really have to go through those things—the pain, the mental anguish, any of it. It was natural for me from day one, and I became a very adaptable person because of that.

It was a very great relationship. I always looked forward to seeing him. He was very personable, very caring, and very involved in trying to do the best for me.

Since I've come to Michigan, I've used one other place besides Bremer, and again, everywhere I've gone I've found that the people are caring. They're involved.They want to do the best for you. They're good people. I have not had a bad experience yet, and I've been to at least three different places.

I think for me, [my greatest accomplishments are] a few things. The adaptability that I have learned, not just in my limb loss, but just generally in everything that I approach. Because I've always had to learn a different way from everyone else, everything that I approach I have a very open mind to, so that's been very helpful to me in my work career, in my personal life, and in my day-to-day activities, actually trying to figure out whether to use my arm or not use my arm.

When it's convenient to not wear my arm, I do because it's more comfortable, but when I need to use my arm, I'm very comfortable using my arm to do the things I needt o do.

The other thing I've learned how to do because of my limb loss is how to move past it in the physical appearance and get people to understand "me" as me. I've found that people are very receptive once they've gotten past the initial shock of the fact that there's a physical thing that they have to get past visually.They're very open and receptive to liking "me" for me. So, I've been very proud of the fact that I can build good relationships and [the limb difference] isn't the reason that I have the relationship or don't have the relationship.

As I've said earlier, everyone I've worked with, who has developed a prosthesis for me, have been great people. Bremer is no exception.

Even though we've had a short relationship, I've found the communication between the staff here, and myself, to be outstanding. I really like the folks here because they are willing to go the extra mile and really customize the device for me.They're really trying to understand what I want out of the device and give me everything that I ask for.

You should not be afraid to ask for the things that you want because they may have ideas based on what you say, which they hadn't considered before.

So, have an open communication with your prosthetic people, as far as designing the device goes, and also don't be afraid. They're useful.

Be okay with having that tool in your life. It will be hard to get used to at first, and whole traumatic thing if you've lost a limb, getting over the trauma and thinking that you'll have no life anymore, or thinking that your life's going to be totally different. But it doesn't have to be.

You can live a very active, very healthy life doing all of the things that you did before. You'll just have to do them a little differently. It doesn’t make you any less of a person because you have an extra piece of hardware on you that other people don't. In some cases, it can be to your advantage. 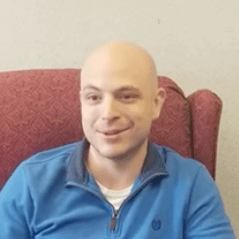 Realizing the benefits that the prosthesis actually provides us, and how it allows us to live somewhat normal lives, is worth the work and effort. 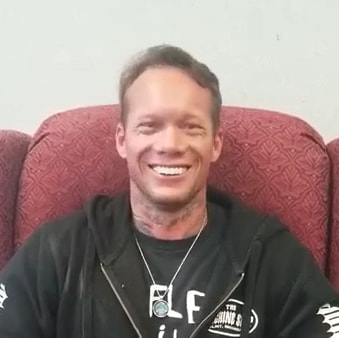 I have a lot of goals for the future. I want to learn how to surf. I want to go back to work. There's a lot of things that I want to do that I'm going to do. 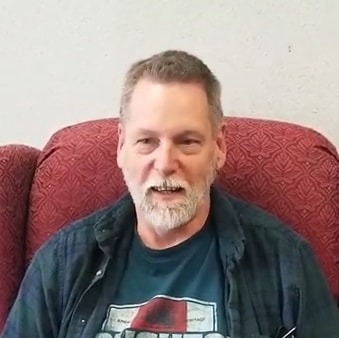 What I've learned is just because I lost a leg doesn't mean that I can't do what I did before. Life changes, but you learn to adapt. For the most part, I continue going on, and I get to do what I want to do—I just can't wiggle my toes.